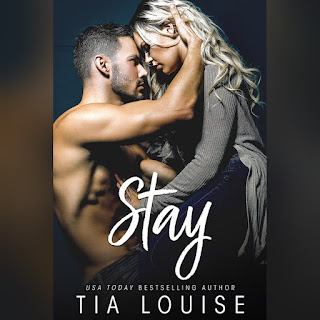 Stephen Hastings is a control freak.
He’s arrogant. He’s smart as a whip and sexy AF.
He has too much money. He’s bossy, and he’s usually right.
All I saw were his clear blue eyes, tight ass, and ripped torso.
I gladly handed him my V-card that night, ten years ago.
I was so stupid. I swore I’d never be that stupid again…

Emmy Barton works for a dry cleaner?
Yes, that Emmy Barton—long, blonde hair, bright blue eyes, pretty smile…
Sexy little ass. Smart mouth.
She was the only girl who interested me, but I was leaving to be an officer in the Navy.

Now I’m home, running my business. My life is perfectly ordered until I bump into her, divorced and struggling to make ends meet.
I hate seeing her like this. I hate that she married Burt “The Dick” Dickerson. What an asshole.

She says she hates me, but when we fight, it’s all heat and lust.
I won’t leave her this way.

She will let me help her and her son. She will stay…
It’s a thin line between love and hate, and this line is on fire.

(STAY is a STAND-ALONE enemies-to-lovers, second-chance, marriage of convenience romance. No cheating. No cliffhangers.)
✔️Are you Excited? PLEASE VOTE for STAY as a "Most Anticipated Release" here: http://bit.ly/2J0YjRa
**BIG NEWS!!!!

Get an ALERT when it goes LIVE:
*Text TIALOUISE to 64600 for a New Release Alert. (U.S. Only)
*Sign up for my Newsletter and get an email as soon as it’s live: http://smarturl.it/TLMnews 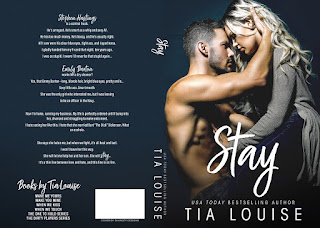