Buy Me, Sir by Jade West 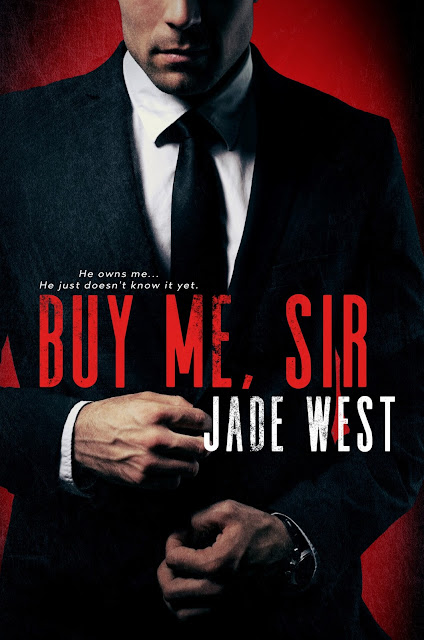 They call him the puppet master.
They say he’s dirty, dark and dangerous.
And they’re right.
He’s everything they say he is, and more.
So much more.

Alexander Henley has no idea I exist. No idea whatsoever how much I want him.
But that’s all about to change.
Because if there’s one thing I know about the puppet master, it’s that he pays well to pull women’s strings.
And I’m going to be his next purchase.

Jade has increasingly less to say about herself as time goes on, other than the fact she is an author, but she’s happy with this fact.

Living in imaginary realities and having a legitimate excuse for it is really all she’s ever wanted.
Jade is as dirty as you’d expect from her novels, and talking smut makes her smile.
She lives in the Herefordshire countryside with a couple of hounds and a guy who’s able to cope with her inherent weirdness.

She has a red living room, decorated with far more zebra print than most people could bear and fights a constant battle with her addiction to Coca-Cola.